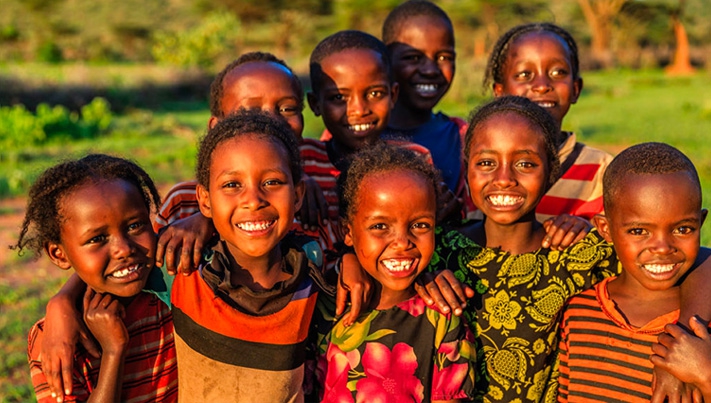 In the more expensive living conditions, the level of financial income decreases and the level of poverty increases. It is both a humanitarian and a religious duty to come to the aid of even one person in times when people are trying to survive in difficult conditions. Every help, both material and moral, is a kind of charity.

Being able to find a solution to a problem of people in difficult times and to be able to help within the limits of possibilities is perhaps the most beautiful feeling in the world. It is a completely different feeling to find inner peace by eliminating the trouble of the person or people in front of you. Regardless of time or place, a hand extended to a person is something you don't need, but it can be something much bigger for him. Charitable donations include donations of money, donations and clothing. In Islam, it is known that touching a person's life with good intentions causes mutual good. In particular, charity made with the belief that "what one hand gives, the other does not know" is undoubtedly the most beneficial.

In Islam, charity, which is said to be the size of Mount Uhud in the sight of Allah, is also referred to as the epitome of goodness. Along with charity, it is also thought that people prevent bad events from happening. Although charity is thought of as giving something, there are certain rules and points to be considered. People are constantly researching whether charity is obligatory. If charity is given as zakat, it is obligatory. Zakat is given when people are in a position to help people and are financially able. There are certain rules for being in this situation and zakat is obligatory. The criterion for saving a person or family from a difficult situation is specifically stated in religious obligations.

Hz. We can say that every sadaqah is sunnah because Muhammad gave so much charity. It is also sunnah not to brag when giving alms and to do it sincerely.

It originates from the word sidk, which means truth. Charity is giving material and spiritual help to a living thing for the sake of Allah. Although people think that alms can only be given to a man or woman, actually caring for an animal or flower is also called alms. Caring for a person, giving water to a flower, stroking a dog's head are also considered as spiritual charity.

Human nature has the intention to help those in distress. Everything that people who try to maintain this intention without suppressing it, touches it with kindness, turns into charity. Helping a poor family, buying a gift for a child or giving a scholarship to a young person in need are also voluntary charity. One has to do it without any profit motive. In the act of charity to reach the goodness beyond time, people are also psychologically relieved. Charity, which has the widest meanings from religious obligations, is the material reflection of the goodness of human nature.

The hadiths on charity are quite remarkable. Let's take a look at some of them:

· A good word is charity.

Every good thing is charity.

· If a person spends for his family, hoping for the pleasure of Allah, it is charity for that person.

Hz. Based on the words of Muhammad, charity is called in the name of all kinds of good deeds. But of course, it is necessary to know the value of helping the person in financial difficulties. It is a savior to donate sacrifices to those who cannot sacrifice, to help those who cannot afford food for their home, to give money to those who do not have money. You can donate your alms and help financially through İyilikdeniz.org. With both reliable and easy communication, you make sure you donate to the right people.

To Whom Is Charity Given?

Of course, charity is given to individuals whose financial situation is not sufficient. It is clear that money, clothing, food and all kinds of material help bring goodness. Making a poor person smile and meeting the needs of a child to go to school is one of the best forms of charity. Although the purpose of charity is to help for the sake of Allah, charity is diversified according to its meaning. Charity is defined in different types as follows:

Zakat, which is one of the five basic worships of Islam, is sadaqah, which is obligatory. It is necessary for a person who has a growing income or wealth to a certain extent to give zakat.

The fitra that should be given during the month of Ramadan is referred to as the alms of fitr. Fitr means to break the fast, while fitra means creation. It is called creation charity given for merit.

Every good thing done for the sake of Allah is charity. All kinds of good deeds, material and moral, fall into this group.

It is charity that provides the rewards that will be recorded in the book of deeds even after death. Leaving a useful work behind, leaving information on the path of science, leaving trees, building mosques all fall under this group. Even after the person dies

It is a type of charity. Fountains that we often encounter are also included in this group.

The Place and Importance of Charity in Society

Charity has a great religious significance. At the same time, we see its importance when it is considered from a social point of view. 'He is not one of us who sleeps while his neighbor is hungry.' This is the one that explains the situation the most. Acting knowing the situation of others outside of one's own is what will move society forward. Allah's words are present in every good thing done for the good of humanity.

Although the importance of charity is understood in terms of religious belief, there are also phrases that have become balsam in society outside of belief. Almost everyone says the sentence "I have given charity/charity". Behaviors and sentences from religion become the backbone of society in Muslim countries, regardless of the direction of belief. It has also become a social behavior to express that he has been saved from a trouble or accident by expressing that he has given charity. The origin of this belief is actually the verses and hadiths that say that charity will ward off all kinds of trouble. In short, charity, which is the cornerstone of life, exists in our lives independent or dependent on religion.

It is undoubtedly the most correct behavior to find judgments of goodness in the order of a society and to confirm this with behavior. Covering a person's faults or completing that person's faults appear before the individual as an action that is beneficial in every respect. Helping by sharing your own resources with others is like dropping a fish in the sea of ​​goodness. It is necessary to act knowing that every help made without realizing it creates smiles somewhere. The verse in Surat al-Hadid perhaps best describes how to reward goodness. "Indeed, those who give alms and women who give alms, and those who lend a good loan to Allah, will be repaid many times over. There is also a great reward for them."

Although giving alms is an action done for the sake of Allah, it also returns to the person as an energy that purifies the soul. As charity grows, goodness grows. Established with the aim of helping those in difficult situations both in our country and in other countries, İyideniz.org changes people's lives with donations. You can donate to this organization, which manages projects on important issues such as education, nature, sacrifice and water, by donating at any time.