Why Does Africa Need Water Wells? 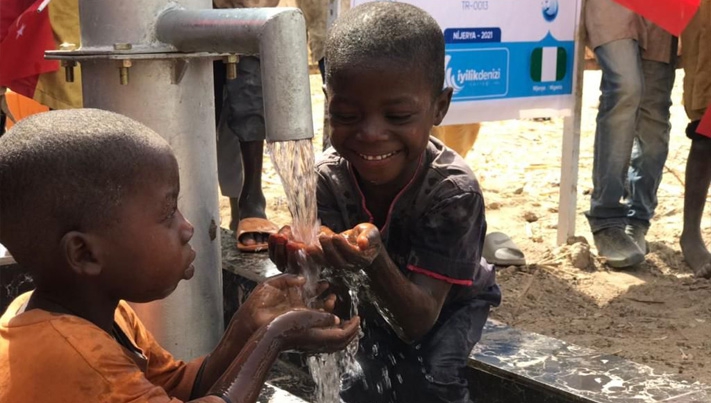 Why Does Africa Need Water Wells?

Clean water, a resource that many people in developed countries take for granted, is a luxury in certain parts of the world. According to the United Nations Department of Economic and Social Affairs, more than 300 million of the 800 million people living in Sub-Saharan Africa live in water-scarce environments. Without access to safe drinking water, diseases associated with poor hygiene, improper sanitation and contaminated water develop.

Charities such as the Sea of ​​Goodness Association can drill wells in Africa, giving families access to clean water. However, financial resources are required to construct these wells. It is possible to find out how much it costs to build a well and how you can be involved in meeting this urgent need.

However, access to this essential resource in Africa is not yet universal, with 1 in 3 Africans facing water scarcity and around 400 million people in Sub-Saharan Africa lack access to a basic drinking water. Access to water remains a pervasive development issue across the continent, as a 2019 report by the World Resources Institute (WRI) reveals: Indeed, addressing climate change and mismanagement of water resources and services is crucial to tackling Africa's water shortage. .

The Need for Clean Water in Africa

Their models take into account several metrics such as vulnerability to floods and droughts, water stress, and seasonal variability. “Extremely high water risk” marked in dark red covers large areas of arid North Africa, Southern Africa and East Africa. However, water risk across the continent is highly heterogeneous, as light patches such as those along the Nile are interspersed with areas suffering from critically high water risk.

The equatorial and tropical regions around the Democratic Republic of the Congo have a significant surface area with noticeably less water risk than their continental neighbors.

Researchers argue that understanding the continent's water risk factors is an important prerequisite for strengthening climate resilience as well as initiating changes in the mismanagement of water resources and services. Therefore, various areas in the water sector are highlighted that require investment to improve climate resilience and better public service delivery.

The researchers contend that Africa's agriculture sector is poised to face significant future water-related climate risks. As 90 percent of Sub-Saharan Africa's rural population depends on agriculture as a primary source of income, and more than 95 percent of the region's farming depends on precipitation, the consequences of unpredictable rainfall, rising temperatures, extreme drought and low crop yields are among Africa's poorest communities. one is exposed to increasingly intense climate and water-related hazards.

This is a common question often asked by those interested in helping financially with a clean water initiative. How much does it cost to build a well in Africa?

There are many factors that affect the cost of a well, such as the material used, the depth of the well, the type of pump used, labor costs, and how far the village is from the water source.

The process begins with a village committee meeting, where the most important village management units, such as the headman or the headman, come together to express their interest in building a well.

Together with the committee, it will determine where the well should be built for easy access, who will be responsible for maintaining the well, and how the village can maximize the life of the well.

When an optimal area is found, a well is drilled to approximately 50 feet (15 meters) below the level of the aquifer. A crate is then installed to prevent it from collapsing and to keep dirt and debris out.

It is important that wells meet certain safety regulations. Before a well is used by a village, a temporary pump is used to monitor the quality and output of the well's water.

If the water is found to comply with regulations, a hand pump is installed that allows community members access to clean water when needed. To help ensure the continuity of the well, the community receives important information about hygiene and sanitation practices.

The village committee is also trained on how to use and maintain the well properly. If a component breaks or a mechanical failure occurs in the well, committee members have the tools and knowledge to properly repair it.

While the cost of a well can vary depending on the aforementioned factors, the average cost per well for The Last Well in Liberia is $3,000. This price includes not only the physical cost of building the well, but also providing the village with vital information that helps ensure that the well continues to function as it should and that residents follow hygienic practices regarding water.

Each well made in Africa serves about 2,000 people and takes about 20 years to use.

How Can You Get Involved?

While the water crisis has affected many countries across Africa, Liberia has experienced one of the worst water and sanitation problems. Liberia waged a 14-year war that destroyed its entire energy and water infrastructure.

Although the Second Liberian Civil War ended in 2003, the country has yet to reverse much of the damage that has been done. But even if you can't physically go to Africa to build a well, there are things you can do to help this important cause.

By donating to charities for Africa, such as the Sea of ​​Goodness Association, you can make a huge difference in the lives of millions of Africans who do not yet have access to safe and clean drinking water.

A monthly donation can help one, two or more villages raise the money they need to build a well. If you can't make a monthly donation, you may also want to consider a one-time donation.

By sponsoring a child, a family or an entire village, you can help reduce waterborne diseases and provide people in Africa with clean water for drinking, bathing and cleaning.

One of the biggest challenges affecting both urban and rural communities across Africa is the lack of safe drinking water. Africa, more than any other region in the world, suffers from significant water stress.

Building wells in places like Liberia helps residents have access to safe and clean drinking water, while also reducing the burden on the women and girls responsible for collecting water.

Contact Sea of ​​Goodness to learn more about water scarcity in Africa or how you can get involved in this cause.